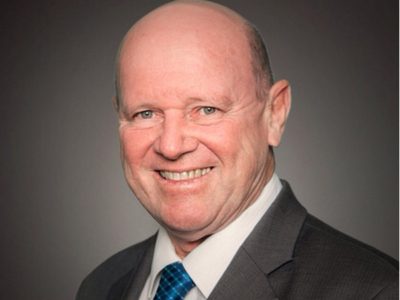 The activities of industrial fishing fleets within the waters of Indian Ocean island nation, Seychelles have been slammed by Alain St. Ange-led One Seychelles political party.

According to the party, the activities of these fleets is resulting in environmental pollution of the waters.

Despite being so isolated, the UNESCO World Heritage Site of Aldabra is receiving unprecedented amounts of plastic litter every day along its shores.

A recent publication in the Journal of Scientific Reports has conservatively estimated that there are 513 tonnes of plastic waste on Aldabra, the largest accumulation reported for any single island globally. The study revealed that it will cost approximately $4.68 million in clean-up efforts and require 18,000 person hours of labour.

A recent collaborative, international project involving the Seychelles Islands Foundation, The Queen’s College, Oxford, students from the University of Oxford and young volunteers from Seychelles, carried out an intensive 5-week expedition to Aldabra to clear the atoll of manmade rubbish and remove as much debris as possible to return the island to its former pristine state. The team removed a staggering 25 tonnes of rubbish, where a large amount derived from outside of Seychelles.

Shockingly however, 83% (by weight) originated from the regional fishing industry, in the form of ‘ghost gear’. Ghost gear refers to any discarded, lost, or abandoned fishing gear in the marine environment. This gear continues to fish and trap animals, entangle and potentially kill marine life, smother habitat, and act as a hazard to navigation. This has been quite apparent on Aldabra, with dead turtles washing ashore entangled within pieces of net materials and birds finding themselves entangled with fishing line.

The industrial fishery that operates within the Seychelles Exclusive Economic Zone (EEZ) is composed of licensed vessels, both Seychelles and foreign registered, that fall under two main categories: purse-seiners (mainly EU owned vessels) and longliners (mainly Taiwanese and Chinese vessels).

Since the early 1990s, purse-seiners have been mainly operating using fish aggregative devices (FADs). A recent report for the Indian Ocean Tuna Commission investigated 214 individual FADs that had arrived on, or entered into, near-shore waters of several islands within the Seychelles archipelago: 76% of the FADs were from Spanish owned or flagged vessels, licensed to fish in Seychelles.

These results are disturbing for two main reasons: firstly, it highlights that waste generated by the fishing industry within Seychelles is polluting island ecosystems within the archipelago. Secondly, most likely the fishing industry is the major contributor to marine plastic litter in the region, and is probably having indirect negative impacts on the fish communities it needs to sustain.

One Seychelles believes that a strong stance needs to be taken urgently against the irresponsible behaviors demonstrated by the industrial fishing fleets. Stricter measures need to be put in place with regards to limiting FAD-use.

Furthermore, considering alternative and renewable materials for their manufacture needs to be spearheaded. All fishing gear used within the sector will need to be appropriately labelled for identification purposes and to increase accountability.

Those responsible for ghost gear washups within Seychelles will need to foot the bill for clean-ups and habitat restoration. This will need to be highlighted within their license conditions. It may be time for a subsidy reform within the sector in order to create a more sustainable approach to management.