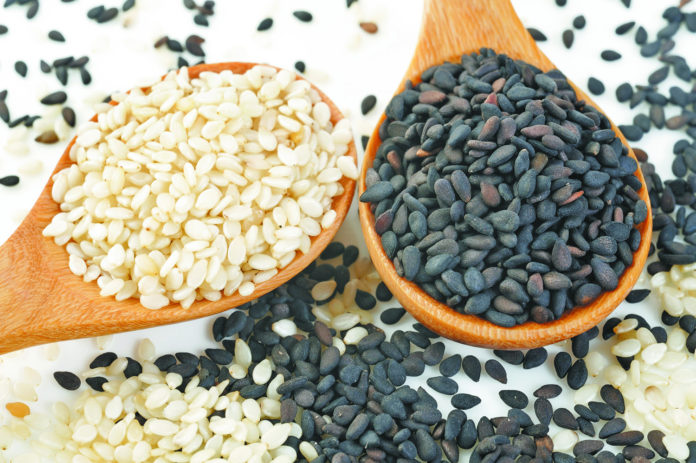 The Federation of Agricultural Commodity Association of Nigeria (FACAN)has said the country can generate as much as $1.5 billion from the exportation of Sesame commodity if properly harnessed.

This is just as the association revealed that Nigeria had agriculture exports of N127 billion in Q1 2021, adding that Sesame topped the list of exported agriculture commodities at N41.9 billion.

According to nairametrics.com, FACAN added that Sesame could contribute $1.5 billion to Nigeria’s agriculture exports if maximized and also called for the support of the state government and collaboration of the private and organised sectors with FACAN in boosting agriculture exports in Nigeria.

READ: Africa: National Onions Producers, Processors and Marketers Association of Nigeria to hold conference on the impact of AfCFTA on onions in November

This was disclosed by the Chairman of FACAN, Edo chapter, Mr Enahoro Ojiefoh, during the distribution of sesame seeds and cashew seedlings to farmers in Edo North Senatorial District, over the weekend, according to the News Agency of Nigeria.

FACAN revealed that sesame topped the list of agro-export commodities, with an estimated export value of N41.9 billion, while cashew nuts, both in-shell and shelled, were valued at N13.7 billion, and added that Sesame was a huge opportunity for Nigeria to earn major FX and export revenue, forecasting export revenues of $1.5 billion.

What FACAN said
Speaking during the event, Ojiefoh said, “Sesame seeds come from a flowering plant, mostly grown in Northern Nigeria due to the drought-resistant nature of the seed.

READ: Africa: The Need For Nigeria To Restrategize Promotion Of Agricultural Exports To Foreign Countries

“Aside from the fact that it has numerous health and industrial benefits and is widely used for baking, medicine, cosmetics and animal feeds, it also has high oil content of about 44 per cent to 60 per cent.

“Reports have it that the global demand for the commodity is expected to grow at 4.2 per cent compound annual growth rate between 2018 and 2024.

“Nigeria is expected to key into this, considering its land mass and the fact that the sesame is drought-resistant and requires minimal fertiliser, which makes it cheaper to cultivate than other crops.”

He said that FACAN had designed a four-year master plan to inject one million cashew trees in multiple of hundreds yearly and 2,000 tonnes of sesame seeds yearly into the state’s economy, as it distributed 55,000 cashew seedlings and 100 sesame seeds to farmers in Edo state for cultivation, in a bid to boost agriculture exports in Edo state.

“But, for this to happen successfully, we humbly seek the support of the state government for, and collaboration of the private and organised sectors with FACAN in actualising this goal within the next five years.

“FACAN will do all it takes to position you for success by being the investment broker, helping you understand the terrain and making you attractive to industries and factories, both home and abroad,” he said.