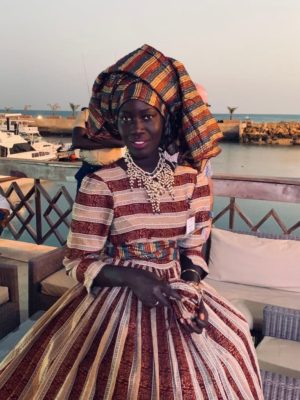 Eric Martin and Kent Johnson found inspiration in the offensive. Four years ago, the pair launched Black & Abroad, an online travel and lifestyle platform for African Americans. The site features crowdsourced tips and insights for more than 120 countries, including many destinations not known for being minority friendly. The Atlanta business partners recast the racist taunt “Go back to Africa” as a call to visit the land of their ancestors.

Martin and Johnson unveiled the project in April. The campaign’s ultimate goal is to galvanize blacks to visit the continent and to draw the diaspora closer. The company organizes several Africa trips a year to countries including Ghana, Senegal and South Africa. Martin was recently in Washington, his childhood home, and sat down with The Washington Post to discuss the website, the new initiative and his own experiences of going back to Africa. Here is an edited version of the conversation.

Q: Let’s start from the beginning: Black & Abroad. What motivated you and Kent to create the website?
A: Kent and I travel, but we wouldn’t see ourselves reflected in the research or the reviews of the destination. Black Americans spend upward of $63 billion dollars annually on travel. But there wasn’t much identity-based representation. There are destinations that are notorious for not being the nicest to people of color. Russia is one of them; China is another. A lot of people feel more comfortable when they see themselves in these particular destinations. That identity-based recognition was what we were looking for.

Q: How does the website fill the gap in information?
A: We created a platform where people can go and write about their experiences in these different countries. Both myself and my business partner are black men, but there are different types of black travelers. There are single moms who travel with children, gay couples, single dads and disabled travelers. We just wanted to cover a niche of people and supply them with information.

Q: Where do you find the content?
A: We opened our site up to the general public. It’s consumer-driven; people on the ground, their own pictures, their own experiences. Since our inception in April 2015, we’ve seen representation in over 120 countries on all seven continents. People have been rallying around this cause, and they really love it. We have merchandise, shirts, pins and things like that.

Q: Can you provide an example of a post?
A: We had one woman who went to China and she took a picture of this Chinese woman who was fascinated with the braids in her hair. There was this huge group of Chinese women fascinated with the texture. Some of the people in our community were offended by it; others embraced it. Obviously, if there is a homogenous group of people living in the country, they’re not familiar with seeing this type of hair or this type of person. They are going to be fascinated by it. The opposition was saying that there is a way to respectfully satisfy your curiosity without going up and touching it. It definitely attracts controversial topics.

Q: Can black travelers help break stereotypes?
A: They all think we’re basketball stars. You are black and tall, so you’re automatically a basketball player or an actor. They want your autograph. Or you’re a rapper. Exposure helps to dispel those stereotypes. The more they see us in these places, the more it becomes normal. We want to make sure we set a standard for the next generation of black travelers.

Q: Which countries are the most challenging for African Americans?
A: Russia is one of them. But a couple of weeks ago, we posted a [photo of a] guy who was in Moscow, a young brother. He was wearing his Black & Abroad merchandise and took a picture outside the Kremlin. A girl messaged us right after that and said that photo helped her decide where to study abroad. She wanted to go to Russia but had a little bit of trepidation because of its reputation. And now that she saw that he came back in one piece, she can think about doing it herself. All it takes is one. Certain parts of Europe. Madrid was one place known for blatant racism, so we worked with the tourism office and had a whole Black & Abroad experience there. Those small efforts help to overturn popular misconceptions about certain places.

Q: Have you experienced prejudice while traveling?
A: The most racism I receive is in the U.S., hands down, especially as of late. Traveling abroad has been a refuge for me. It’s been therapeutic because I am able to just be and not have to worry about whether I might get pulled over or mistaken for this person or that person. It’s very different, which is why we encourage travel to the African continent.