Africa: To Save a Nigerian Dream 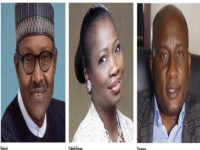 Nseobong Okon-Ekong writes that the recent intervention of governors from the South-east of Nigeria in the enduring travails of Allen Onyema, Chairman, Air Peace has downplayed the notion that international economic politics may be at play to pull down the Nigerian national flag in the aviation sector

The allegations levelled against Chief Allen Onyema, Founder and Chairman of Air Peace is currently a subject of litigation and investigation in the United States of America and Nigeria respectively.

However, this situation calls for the nation’s review and how to safeguard the aviation industry in which Air Peace operates as a major stakeholder. Particularly, to sustain the can do spirit of a successful Nigerian who has provided a source of inspiration to fire the ambition of many struggling compatriots.

The Nigerian airspace has not had a dominant player like Air Peace since Nigeria Airways became defunct. Sadly, Arik Air that filled this void for a season has suffered a reversal of its fortunes. The restoration of Arik Air by the Asset Management Corporation of Nigeria (AMCON) may still be on-going, though the airline has clearly been retrieved from the brink of collapse, restructured and positioned.

It is arguably now on its way to growth and profitability. This has led to calls from stakeholders to leverage on the potential of the airline and establish it as a national carrier. Arik Air, under its previous management was bogged down with debt. The airline owed the International Air Transport Association $78m. However, the vacuum which the dwindling fortune of Arik opened up was gradually being filled by Air Peace.

The close to four million Nigerians who travel by air around the country and the teeming number who travel to destinations outside the country have started to enjoy the benefits both across the domestic and international routes covered by the airline. One of the good things that Air Peace has done is aiding people to fly straight from Nigeria to their destinations.

The airline is working towards making international travel seamless for Nigerians. Air Peace serves the major cities of Nigeria, and also flies to several West African destinations and the Middle East, within countries including the Gambia, Ghana, Liberia, Senegal, Sierra Leone, London, South Africa and United Arab Emirates. Overall. As of 2019, the airline flies to 20 destinations.

As a company, the airline showed a great level of patriotism earlier this year when the South African xenophobic attack was at its peak. This singular effort preserved the lives of many promising Nigerians from untimely death as a result of the attacks on our enterprising youths.

Onyema was variously commended for his heroic kindness in airlifting Nigerians from South Africa to Nigeria. For responding to such a critical situation to save the lives of Nigerian citizens regardless of ethnic background, the Chairman of Air Peace received accolades for patriotism and pure leadership in airlifting stranded Nigerians that were targets of the barbaric killings in South Africa.

Most commentators said he was worthy of commendation. Along with the Chairman, Nigerians in Diaspora Commission, Hon. Abike Dabiri-Erewa and Ministry of External Affairs, Onyema, the Nigerian patriot worked tirelessly to ensure the effective and prompt evacuation of Nigerians caught up in the xenophobic attacks in South Africa.

Were it not for this investigation, Onyema was on the list for a number of enviable recognition by respectable institutions and even the highest national honours for this uncommon act of kindness and patriotism. Through to his business name, Onyema is a courageous man of peace.

There are also socioeconomic importance and implications to the current situation that all relevant parties should factor in, the socioeconomic imperatives surrounding Air Peace, Allen Onyema and the likely scenarios that might play out, depending on how this matter progresses before the judicial and investigating authorities.

It is imperative that if any business controls over 50 percent of the sector in which it plays, it places a burden on the government and the society to handle issues surrounding it with national interest in mind. The concern here is not who is, but what is right. Government should be diplomatic in attempting to resolve the issues. With an estimated annual revenue of $3.9 million from a fleet of 23 aircrafts and close to 100 direct jobs and an equal number or more contract employees, there is a compelling urgency for the Nigerian government to explore every diplomatic and political solution available to resolve the issues concerning Onyema and Air Peace.

It is heart-warming to note that the five governors from the South-east of Nigeria have taken an audacious step to back Onyema. The governors said they will not abandon him in his trying period. They pleaded with President Muhammadu Buhari to give the Air Peace Chairman all the necessary support. “Onyema is at peace with the Federal Government and has on various occasions, commended the president for assisting him get up to five international licences. Many officials of Buhari’s administration had stood for him many times in promoting and encouraging Air Peace operations in and outside Nigeria.

Air Peace is a business and most businesses usually have one issue or the other to settle and this one is not an exception. We plead with Buhari to please continue to give Onyema all the necessary support and protection to enable him sort out this matter peacefully.”

While requesting the US Ambassador to Nigeria to step into the matter so as to peacefully resolve the issue without destroying Onyema’s reputation, the South-east governors offered Onyema a piece of advice. They told him to, “Engage experienced and external financial managers to work with the US government in resolving and rectifying his business tax matter if any.”

Hoisting the green-white-green in the comity of aviation nations by flying international routes, is something Nigerians are happy to have. And the government should ponder, if global economic politics is about pulling down the national flag in the aviation sector.

Recently, an aircraft owned by a Nigerian was grounded in America on suspicion of alleged infraction. Without ascertaining who was involved, many Nigerians, aided by uncollaborated news reports, were quick to point accusing fingers at Onyema.

But the Air Peace Chairman has maintained his innocence. He stated, “Be rest assured that I also have my lawyers on this and these mere allegations will be refuted. I never laundered money in my life, neither have I committed bank fraud anywhere in the world. Every Kobo I transferred to the US for aircraft purchase went through the Central Bank of Nigeria LC regime and all were used for the same purpose.”

According to him, “The American companies that received the funds are still in business. I never took a penny from any US bank or Nigerian bank. I am willing to defend my innocence in the US courts.”

The US Attorney’s office in Georgia had alleged that the Chairman, CEO, and founder of Air Peace, a Nigerian airline, has been involved with bank fraud and money laundering for moving more than $20 million from Nigeria through United States bank accounts in a scheme allegedly involving false documents based on the purchase of airplanes.