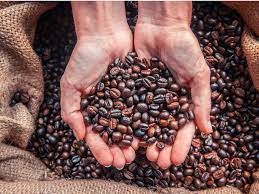 With 7.3 million (60-kg bags) produced in 2020, East African country, Ethiopia is the highest coffee producer in Africa. The country tops other African countries such as Uganda, Côte d’Ivoire, Tanzania and Kenya.

According to africa.businessinsider.com, globally, more than 70 countries produce coffee, but the majority of global output comes from just the top five producers: Brazil, Vietnam, Colombia, Indonesia, and Ethiopia.

According to the International Coffee Organization, a total of 169.6 million 60-kilogram bags of coffee were produced worldwide in 2020, with the top 10 biggest coffee-producing nations accounting for 87% of the commodity’s market share.

READ: News: The Role of Coffee and the Fall of the Ottoman Empire

Currently the third most consumed beverage globally, after water and tea, coffee beans are in high demand in many parts of the world, and the top producing nations produce just enough coffee beans that find their way into the hands of eager consumers.
Here is a list of the top 5 largest coffee-producing nations in Africa, according to Visual Capitalist:

Ethiopia – 7.3 million (60-kg bags) in 2020
Known for its full-flavoured, down-to-earth, and full-bodied coffee beans, Ethiopia is the country that gave us the Arabica coffee plant. Today, this type of coffee is considered the most widely sold in cafes and restaurants worldwide.

Uganda – 5.6 million (60-kg bags) in 2020
Uganda’s name is written indelibly in the story of coffee for one special reason: it gave Robusta Coffee to the world. Most of the world’s soluble coffee is made from Robusta, and the beans from Uganda are said to be some of the finest.

The East African nation is the eighth biggest coffee grower globally and Africa’s second-biggest after Ethiopia.

Côte d’Ivoire – 1.8 million (60-kg bags) in 2020
The beans from Ivory Coast are regarded for being bitter and coarse, yet so flavorful. According to AfricanCoffeeClub, French colonizers are credited with bringing coffee into Ivory Coast in the 19th century. In World War II, coffee production increased from 36,000 tonnes in 1945 to 112,500 tonnes in 1958. After its independence in 1960, coffee production peaked in the 1970s when it became the 3rd largest producer.

Several studies and research missions have also found wild species of coffee growing off the coast of Côte d’Ivoire.

Tanzania – 0.9 million (60-kg bags) in 2020
According to the AfricanCoffeeClub, Tanzanian coffee is often regarded for its medium roast flavour that emits an aroma with floral notes accompanied by hints of citrus, pineapple, and coconut taste. The aroma of a Tanzania coffee may exhibit a rustic note and sometimes a brown bread sweetness. The aftertaste lingers with a slight suggestion of East African wildness.

Kenya – 0.7 million (60-kg bags) in 2020
Kenyan coffee is often listed among the five best coffee globally thanks to its rich body, high acidity, intense flavour, and delightful aroma. It is known for its complex levels of acidity and berry undertones, and contains black currant – a flavour that is distinct to Kenyan beans, and one of the reasons a cup of coffee from Kenya tastes so unique.