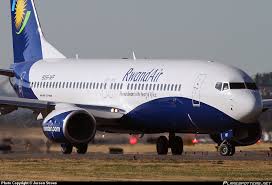 Rwandair has just announced the commencement of its Flight from LAGOS to Accra. This has sent Shivers down the spine of Operators as Rwandair is a big Airline compared to players on the route now.

The LAGOS ACCRA route seems to be the Bermuda Triangle for Airlines from Nigeria and Ghana.

At the last count it has swallowed Chanchangi, Antrax, Nigeria Airways, Ghana Airways, Air Nigeria, Nigeria Eagle, Aero, ADC, Bellview Airlines. It almost swallowed Medview and the new Champion AWA. AWA struggled for two years with 3 flights a week until recently when it became the winner of the battle of attrition.

Today it flies 4 times a day to LAGOS from Accra. It ramped up its daily frequency on the route with the struggles of all its Nigerian Competitors. Aero closed down for months, Medview pulled out of Daily Operations to Accra and Arik scaled down after it was taken over by the Nigeria financial regulator AMCON.

Arik has sustained its Ghana Operations and Medview has returned with 3 Weekly flights. Air Peace currently the champion of the Nigerian Airspace has joined the Ghana fray with daily flights.

At the Port Harcourt Bantaba event where the CEO of Air Peace Chief Allen Onyema was honored as the Nigeria Aviation Man of the Year 2016 he promised a second Flight to Accra every Friday evening. While speaking at the Event Chief Onyema promised to add new Aircraft into the fleet promising to showcase Air Peace at the Accra Weizo event coming up in Ghana on the 26th of May 2017. Medview CEO Muneer Bankole has also promised to showcase Medview at the same Accra event.

With the Addition of a daily flight to Accra from LAGOS by one of Africa’s leading Airlines Rwandair which may be operated using the new A330 or the late model B737-800,  then the market risks going through another period of stress similar to what happened in August last year with initial collapse of DANA on the route.

Last year according to stories  by atqnews.com    https://www.atqnews.com/ng/?s=Lagos+Accra+route  the market collapsed when there was an oversupply of seats with a shrinking purchasing power occasioned by the Foreign exchange Crisis and Recession  in Nigeria.

Observers are also congratulating Nigeria for opening up its market to a Non West AFRICAN Carrier. Rwanda and Ghana operates an Open Sky policy for African Airlines but Nigeria has not allowed most African Carriers access to its huge market in 5th freedom basis. It has always been on Bilateral or Commercial basis.

Ghana is the best promoter of Open Skies in West AFRICA as even Non African Carriers are given 5th freedom rights out of Accra in the absence of robust domestic Carriers, This policy has been helpful to Travellers within Ghana because it enables them connect nearby cities.

Ghana has only Starbow and AWA operating within as Domestic Carriers and AWA operates the only Ghanaian flight outside of Ghana to LAGOS. Without 5th freedom rights flights out of Ghana even to nearby Freetown would have taken days to complete.

The New Minister of Aviation in Ghana has promised a new National carrier and a review of the 5th Freedom allocations .

Rwandair Flights to Accra from LAGOS begins on the 23rd of March  at $150 one way and stakeholders are waiting to see its effect on the route.