Africa: How Uganda’s $325 million (Ush1.1 trillion) airport loan from China puts facility at risks of being taking over 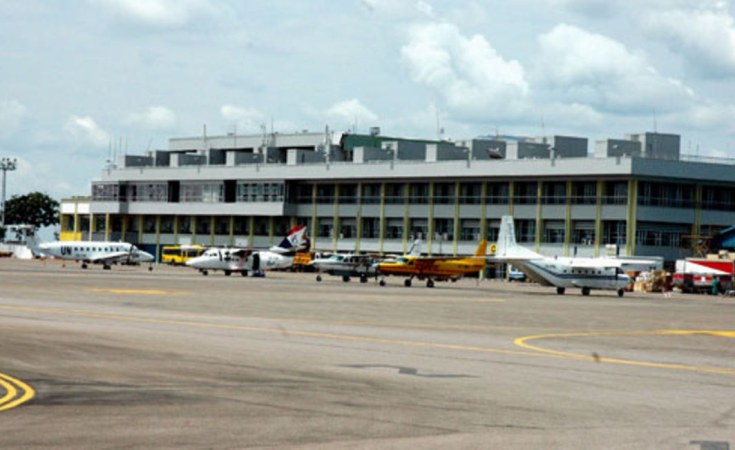 In a bid to expand the capacity of its international airport in Entebbe and increase passenger traffic, the Ugandan government loan facility of about $325 million (Ush1.1 trillion) obtained from Exim Bank of China, might have put the airport at risk of being taken over by the Chinese government.

According to theeastafrican.co.ke, faced with the need to expand the transport sector in tandem with regional infrastructural development, Uganda launched an aggressive and ambitious 20-year civil aviation masterplan which included the upgrade of its only international airport in Entebbe along the shores of Lake Victoria, 43km south of the capital Kampala.

The refurbished airport would handle about 150,000 operations a year, as the landlocked country looked at making its main gateway a regional hub.

On March 24, 2015, Finance minister Matia Kasaija asked Parliament to approve a $325 million (Ush1.1 trillion) loan from Exim Bank of China for the expansion works on the airport. The money was approved, and the works started in January the following year. Addressing the MPs, Mr Kasaija said it was the best offer available and that they had to take it very quickly.
The upgrade would see the modification and modernisation of the main terminal building to handle an expected increase in traffic, a new cargo centre, and multi-storey parking.

Red flags
However, as construction was ongoing, the Uganda Civil Aviation Authority (UCAA) managers feeling uncomfortable with some clauses of the loan agreement raised red flags.

Some 13 clauses were deemed unfriendly and as good as mortgaging the airport and eroding the country’s sovereignty. The most troubling for the aviation bosses was a clause that gave Exim Bank the sole authority to approve withdraws of funds from the UCAA accounts.

The bank also had the power to approve annual and monthly operating budgets, which it could reject, and the rights to inspect the government and UCCA books of accounts. The China International Economic and Trade Arbitration Commission (CIETAC) in Beijing also had the mandate to resolve disputes.

First to raise the alarm was the former UCAA managing director David Kakuba who warned that failure to amend the clauses could expose government assets to attachment and take over by China.
A team led by former envoy to China Dr Crispus Kiyonga in 2019 was told outrightly that there would not be any amendment to the loan agreement.

Stringent measures
Planning Minister Amos Lugoloobi admitted that the loan was poorly negotiated and signed but that the ministry has put in place stringent measures, including setting up an entire department to ensure loans are closely monitored so that the country does not slip into debt distress.

“We have restricted borrowing to only critical projects, and we ensure our loan ratio does not go beyond 50 percent of the GDP,” he said. Uganda’s current debt ratio to GDP is about 45.7 percent.

‘No cause for alarm’
Attorney General Kiwanuka Kiryowa playing down the fears of the airport takeover says there is no cause for alarm because no property of Uganda has been mortgaged. He added that the loan was a commercial contract with an obligation to both parties.
“When you borrow money, your obligation is to pay. If you do not pay, the other party can take you to court, in which case this would be CIETAC,” he said.

“Let everyone do their part. The airport makes money and will meet its obligations.”

The AG says the agreement is not unusual and requires no amendment.

Finance minister Kasaija said in case of a loan default, the government would intervene. “In the unlikely event that UCAA were to fail to generate sufficient revenue to service the loan, the central government will step in,” he said.

Meanwhile, China has dismissed claims that it wants to takeover Entebbe International Airport over loans.

The Chinese Embassy in Uganda has since described claims as intended malice by the Western powers.

Using their Twitter handle, the Assistant Minister of Foreign Affairs in China Wu Jianghao said that it’s not always fair to label the loans China gives to African countries as debt traps yet when Western powers give in loans, they are labelled as donations.

In the same spirit, the Director-General of the Department of African Affairs of China’s Foreign Ministry Wu Peng said the claims are baselessly intended to ignite hatred.

In November 2015, the Ugandan government signed an agreement with the Export-Import Bank of China (Exim Bank) to borrow Shs736.8bn at two percent upon disbursement. The loan had a maturity period of 20 years including a seven-year grace period.

It has now emerged that the deal signed with the Chinese lenders virtually means Uganda “surrendered” its most prominent and only international airport.

According to Uganda Civil Aviation Authority (UCAA), some of the provisions in the Financing Agreement with China expose Entebbe International Airport and other Ugandan assets to be attached and taken over by Chinese lenders upon arbitration in Beijing.

Unfortunately, it has also emerged that China has rejected recent pleas by the government to renegotiate one of the dangerous clauses in the 2015 loan agreement. Although in desperation Uganda in March sent a delegation to Beijing to renegotiate the toxic clauses of the deal, the officials came back empty-handed as China would not allow the terms of the original deal to be varied.