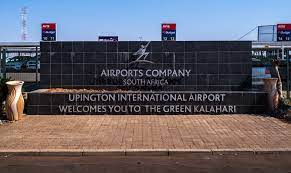 South Africa’s Upington Airport has been listed as one of the longest runways at a commercial airport in the world at 4,900 meters. The airport was designed to accommodate Boeing 747 with maximum payload.

According to samchui.com, “A mile of highway will take you just one mile…but a mile of runway will take you anywhere!”
Several factors determine the length of a runway, including the elevation, temperature and aircraft type, among other factors.

Environmental factors play a crucial role in determining the length of a runway.

Pilots calculate the length of runway required based on fuel, take-off weight, elevation, and temperature for their respective aircraft. The aircraft’s take-off weight is one of the significant factors determining the runway length.
This post shares the World’s longest and shortest runway at commercial airports.

Airport, Russia
At 5,000 meters, China’s Shigatse Peace Airport has the longest runway in the world. The airport is located at an altitude of 3,782 meters (12,408 feet) and serves Shigatse in Tibet

Autonomous Region.
The airport serves both as a public and military airport. China Eastern Airlines, Tibet Airlines and West Air operate regularly scheduled flights in and out of Shigatse Peace Airport.

Along with Shigatse Airport, tied at number one is Russia’s Ulyanovsk Vostochny Airport. Ulyanovsk Airport, situated at an elevation of 77 meters (253 feet), also has the longest runway at 5,000 meters.

Ulyanovsk Airport serves as a hub for Volga-Dnepr Airlines, which operates a unique fleet of twelve Antonov An-124, five Boeing 747-8F and five IL-76TD-90VD (Stage IV). Antonov An-124 and Tupolev Tu-204 manufacturers’ are also located at this airport.

The airport is used by Embraer for flight testing. The manufacturer has the final assembly of Phenom 100 and Phenom 300 at the airport. It also manufactures parts of other aircraft.

3. Upington Airport, South Africa
At 4,900 meters, Upington Airport has one of the longest runways at a commercial airport. The airport was designed to accommodate Boeing 747 with maximum payload. The airport is situated at an elevation of 851 meters (2,791 feet) and has an extremely high temperature in summer.

Denver Airport serves as a hub for Frontier Airlines and United Airlines. It also serves as a focus city hub for Southwest Airlines. The airport has flights to 215 destinations making it the fourth US airport to exceed 200 destinations.

Shortest Runways at Commercial Airport
A longer runway will surely help with safety during unfavourable weather conditions and emergency situations.

“Longer the runway, better the take-off!”
However, not all airports have sufficient space and architecture for a longer runway, yet still handle regular flights. Some airports are so small in size that they appear just like landing strips. Here are some of the shortest runways.

Orkney Islands Council operates the airport, and Loganair is the only airline operating regularly scheduled flights in and out of Westray Airport. Loganair operates regular flights to Kirkwall and Papa Westray from this airport.

2. Juancho E. Yrausquin Airport, Caribbean
At 400 meters, Juancho Airport has the shortest paved runway in the world. The airport is located at an altitude of 18 meters (60 feet) and serves the Dutch Caribbean island of Saba.

Only STOL aircraft can land at the airport and is closed to jet traffic. The common aircraft to operate in and out of the airport are de Havilland Canada DHC-6 Twin Otter and BN-2 Islander. Winair operates both scheduled as well as charter flights out of Juancho Airport.

German regional airline OFD Ostfriesischer-FLug-Dienst is the only airline operating scheduled flights in and out of Heligoland Airport.

4. Tenzing–Hillary Airport, Nepal
At 527 meters, Tenzing-Hillary Airport has one of the shortest runways in the world. The airport is widely known as the starting point for trekking to Mt. Everest and has been named in honour of Sherpa Tenzing Norgay and Sir Edmund Hilary, the first two people who successfully climbed Mount Everest.

The airport is often referred to as one of the most dangerous airports globally due to high winds, cloud cover, sudden loss in visibility and the low prospect of a go-around due to its challenging topography. Every inch is precious to pilots flying in and out of the Lukla, and the Civil Aviation Authority of Nepal has set high standards for pilots.