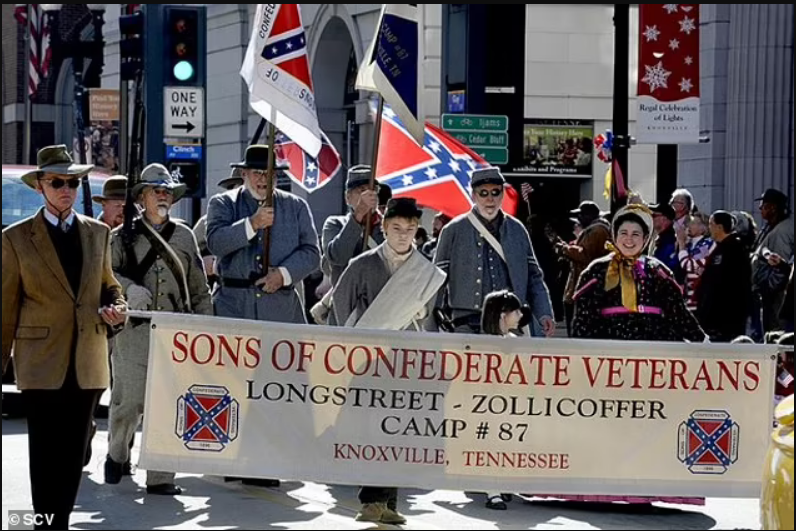 According to Moguldom, a lifelong resident of Overton County, Tennessee, Hayes appears to be non-partisan with no record of party affiliation.

Both the white and Black populations have increased since 2000, according to the city’s website. In 2000, Livingston’s white population was 88.08 percent white and 0.6 percent African American.

READ: Tourism: American Mayor of Magnolia Mississippi resigns and obeys the Marcus Garvey’s call as he Returns to Africa

Seven Southern states seceded from the U.S. in 1861 to form the Confederate States of America following the inauguration of Abraham Lincoln.

Southern states believed Lincoln would free the slaves and they would lose the free labor that ran their agricultural economy.

Ultimately, the Confederacy lost the Civil War, which ran from April 12, 1861, to May 9, 1865, and was the bloodiest war in American history. The Confederacy was absorbed back into the U.S.

Sons of Confederate Veterans members consider the Civil War as the “Second American Revolution,” fought to preserve “liberty and freedom,” according to the group’s website. The group calls itself “benevolent, non-political, non-racial and non-sectarian.”

It claims to be anti-racist and non-political but does not admit that the Civil War was fought over the South’s attempt to preserve slavery.

Although the SCV’s website condemns racism, the organization honors the history of the Confederacy, which supported slavery.

Based in Tennessee, Sons of Confederate Veterans is comprised of male descendants of Confederate soldiers who view the Civil War as the Second American Revolution. Tennessee joins a number of states that commemorate the Confederacy.

In 2021, state offices closed in observance of Confederate Memorial Day in Alabama, South Carolina, and Mississippi.

The move by Mayor Hayes to declare April Confederate History Month in Livingston, Tennessee, comes at a time when efforts to retire other Confederate emblems in the U.S. have heated up.

Former Virginia Gov. Ralph Northam took down a 21-foot statue of Confederate Army Gen. Robert E. Lee in 2020. There were 73 Confederate symbols removed in the U.S. in 2021; 723 are still standing, The Daily Mail reported.